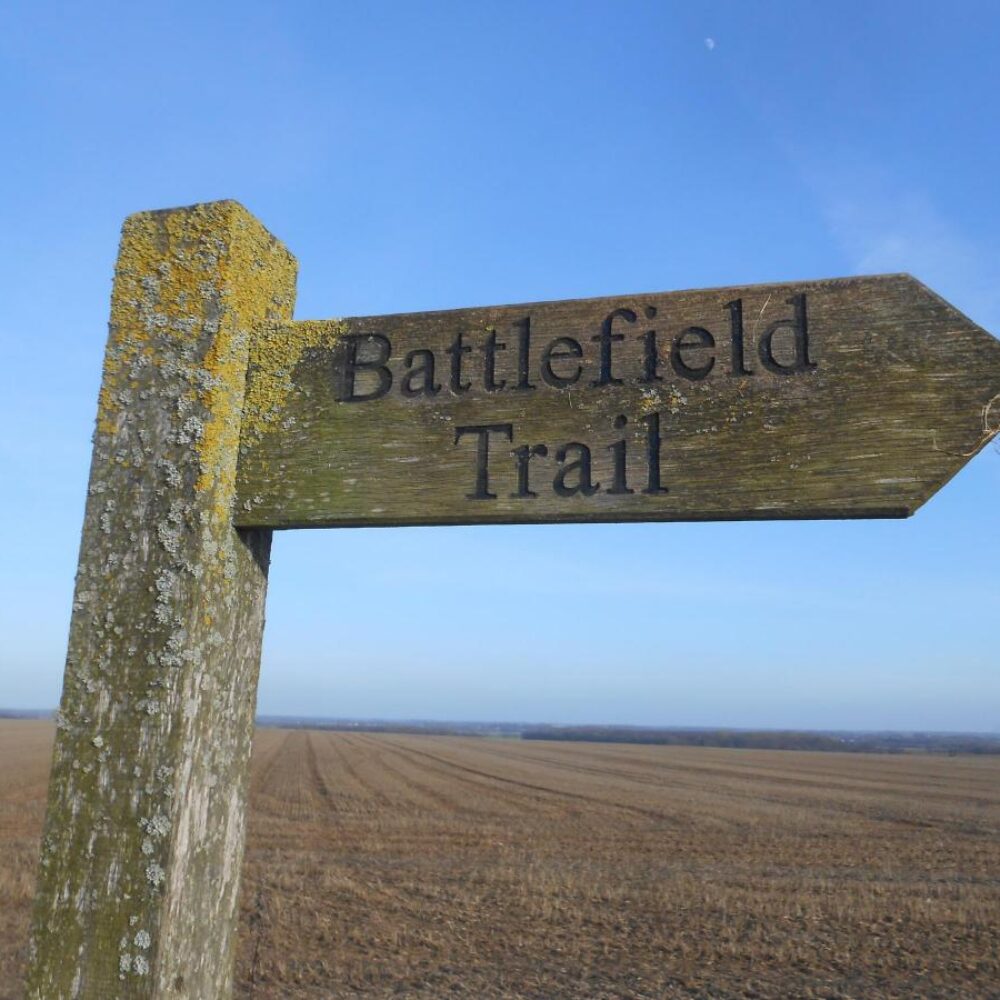 In the 15th century, the House of Lancaster and the House of York clashed on a windswept plateau in a pivotal battle of the English Wars of the Roses.

Today, the Battle of Towton is remembered and its impact explored near the site of the battle itself. Find out more at the Visitors’ Information Centre in the grounds of the Crooked Billet pub, near Saxton. Along with all the information you will need to visit the battlefield itself, also on display are replica artefacts and details about battlefield walks and evening talks, which run throughout the year at Saxton village hall.

Walk the battlefield with an expert guide; volunteers lead regular group walks that bring the brutality, strategy and progression of the battle to life with stories and historical facts. Along the way, you’ll also hear about the archaeological finds and fascinating legends and mysteries that have sprung up here since.

Towton Battlefield Society was formed in the mid-1990s and has three main objectives – the preservation, protection and promotion of Towton Battlefield. The Society has monthly talks by guest speakers and archery shoots. There is a Tapestry group and our Frei Compagnie are a living history group focused on the 15th Century “War of the Roses” period.

The Society also runs guided walks around an established trail twice a month. Tailored talks and walks can be provided to groups and/or individuals by arrangement.

The walk is a circuit of part of the battlefield. It starts in the village of Towton and moves up to where the Lancastrian forces stood at the start of the battle. The guide will describe the events that lead up to this fateful day, the battles at Ferrybridge, Dintingdale and Towton and will lead the group around the area across which the rout took place. Key locations will be viewed, and topics including the combatants, English society, the weapons and armour in use at the time will be discussed.

Both the ‘traditional’ account of the battle, and the more recent reinterpretation of the source documents, will be covered during the walk.

The walk is along an undulating grass farm path, approximately 4 kilometres (2 and a half miles) long and will take between two and a half and three hours to complete. Stout footwear is recommended as the trail can be muddy.

Each walk will be led by a guide from the Towton Battlefield Society.

We do not charge for the walk but are pleased to accept donations (Gift Aided if possible). 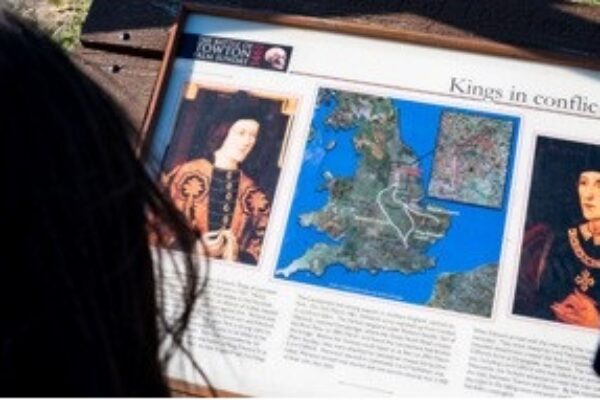 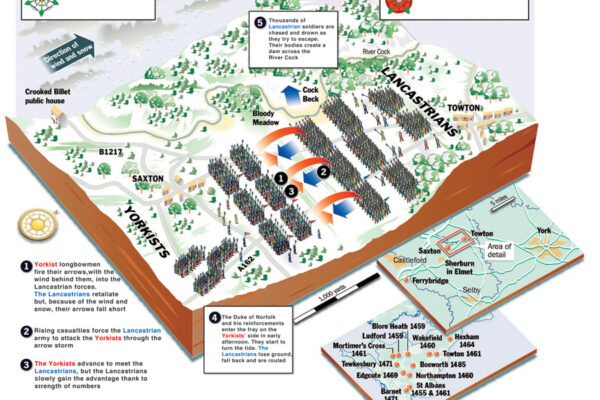 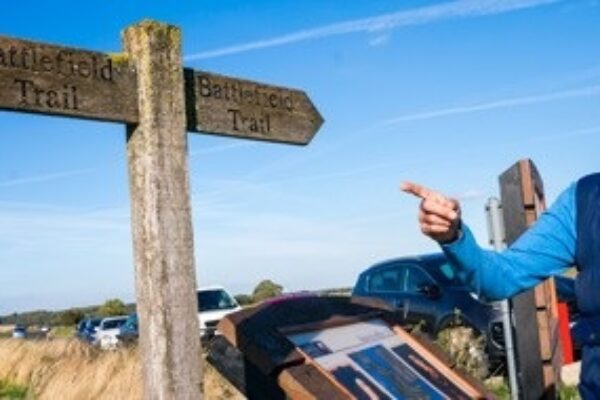 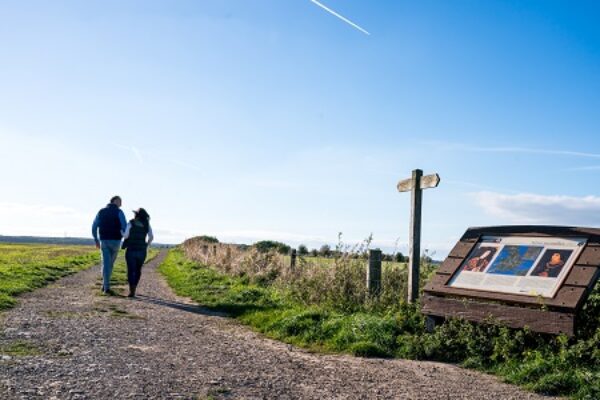 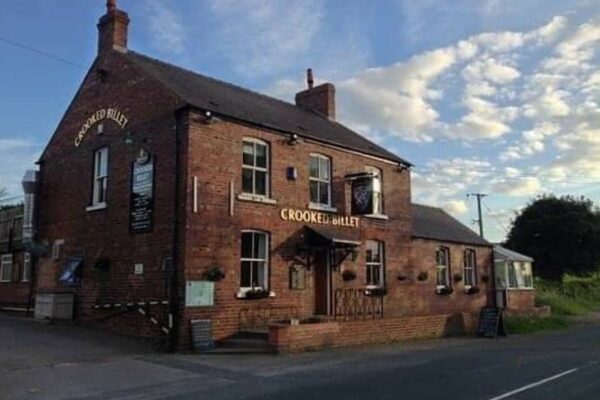 Listen to the twinning of the Selbys 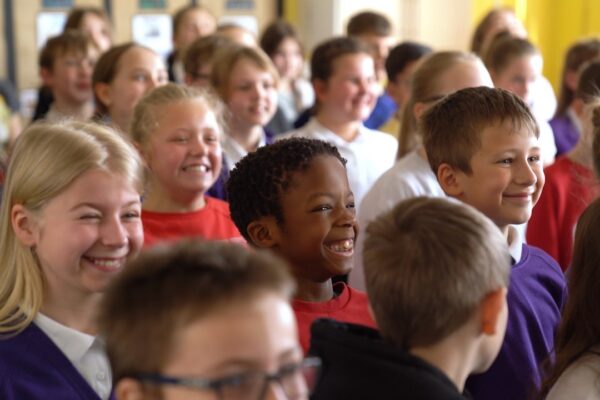 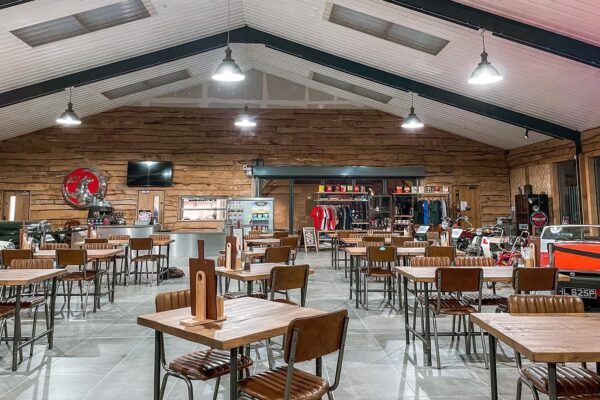 The Blue Train Café at The Motorist