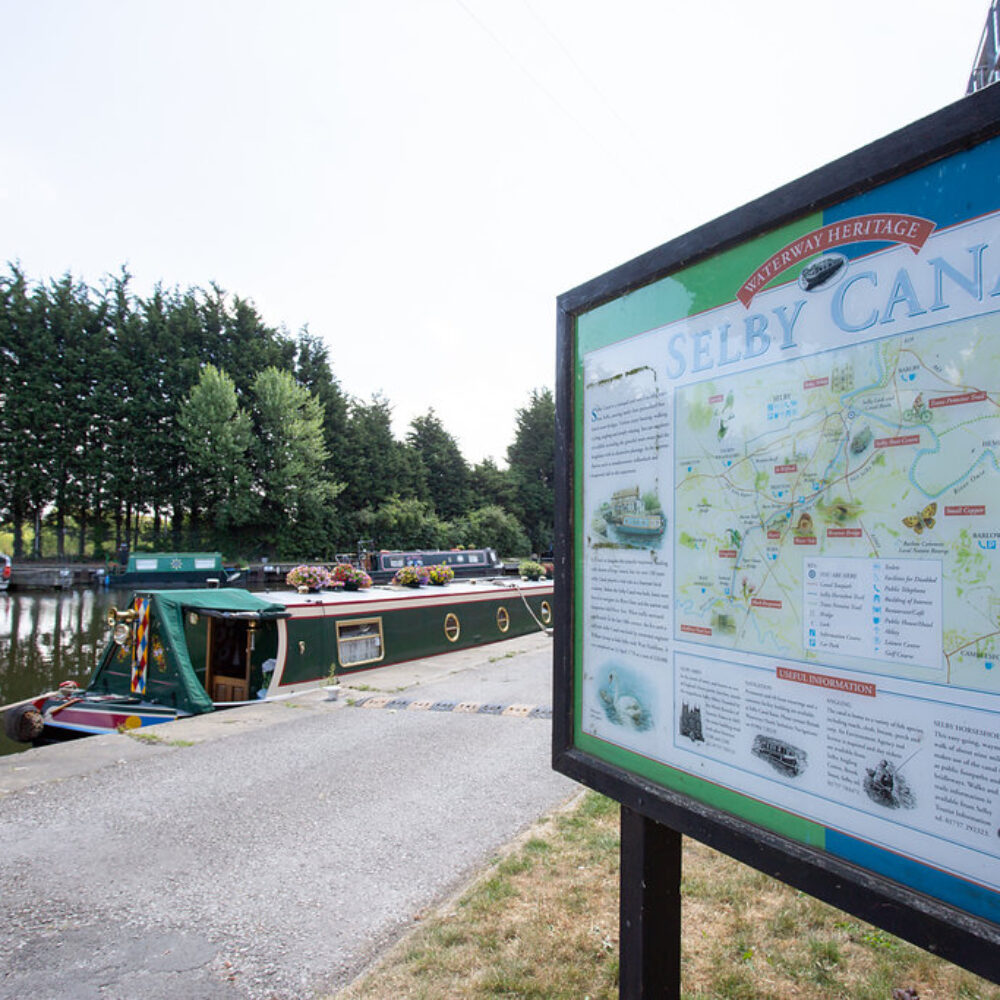 Starting and finishing at Selby Abbey, Selby Horseshoe heads along the Selby Canal towpath, on well-trodden paths and through Brayton Barff, taking in a whole myriad of wildlife.

This nine mile circular route, with sections along Selby Canal towpath, past Selby Dam, through spectacular ancient oak woodland in Brayton Barff, and along well-trodden tracks and footpaths, is a pleasant stroll for all seasons. It’s particularly good in spring when a variety of wildflowers and birds can be seen. If you are lucky, this walk should offer you the chance to spot a whole myriad of wildlife, especially water birds along the canal side.

As the route starts and finishes at Selby Abbey, it’s the perfect opportunity for you to visit. Overflowing with heritage and culture, the great Norman Selby Abbey, founded under William the Conqueror by Royal Charter, is the jewel in Selby District’s crown. The Norman Nave and “Decorated” Chancel are considered to be among the finest examples of 12th and 14th Century architecture in England.

The Abbey is reputed to be the birthplace of King Henry I of England, the son of William the Conqueror and also links to the modern-day American flag, with its Washington Window. With an international reputation as one of the most important church buildings in the world, and with many fascinating human stories linked to its 1000 year history, Selby Abbey is a delight to visit

Once you’ve had chance to marvel at the magnificent Selby Abbey, follow the route, as follows:

This circular walk in Selby District is produced by North Yorkshire County Council. 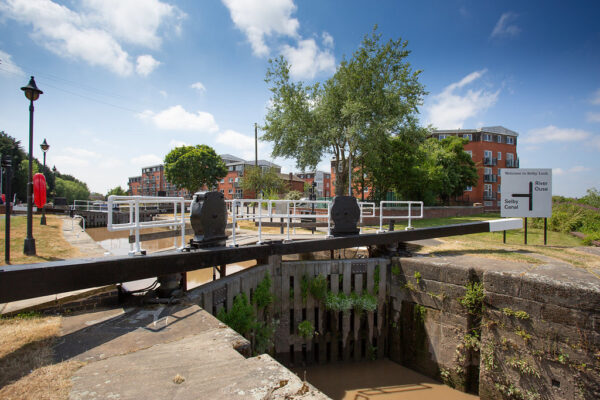 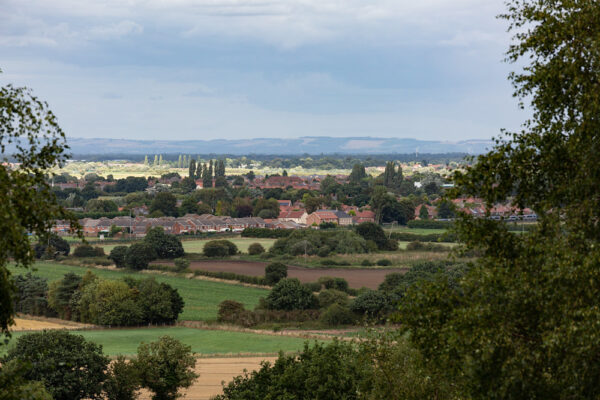 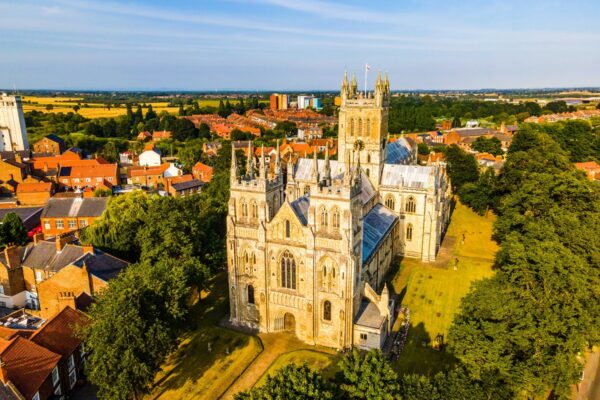 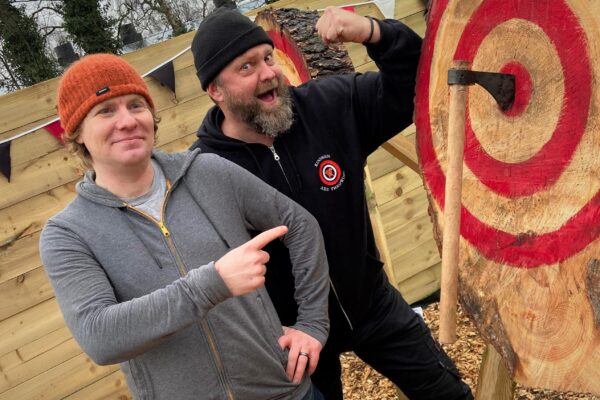 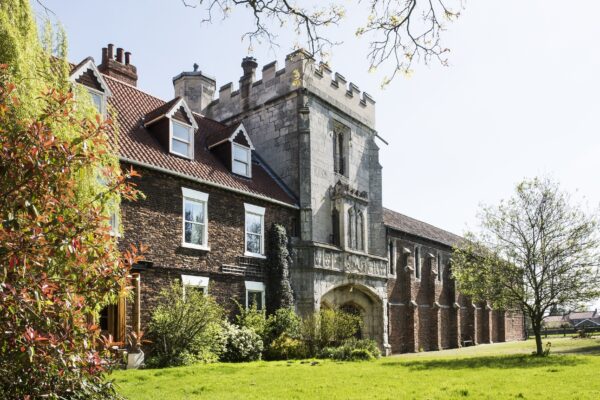 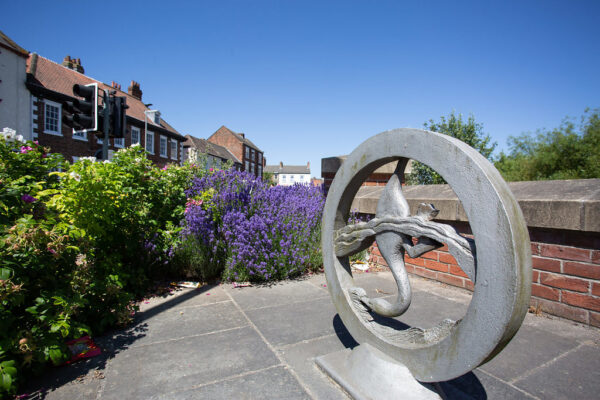 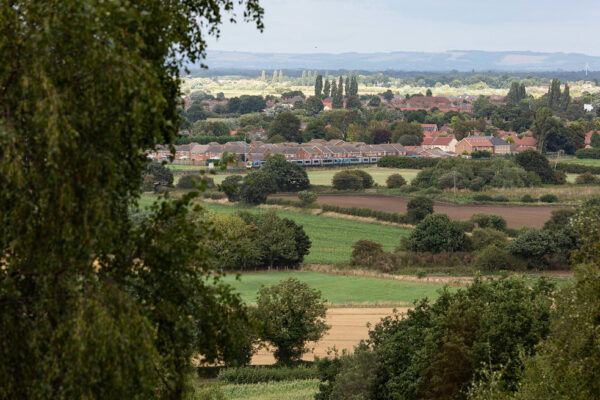 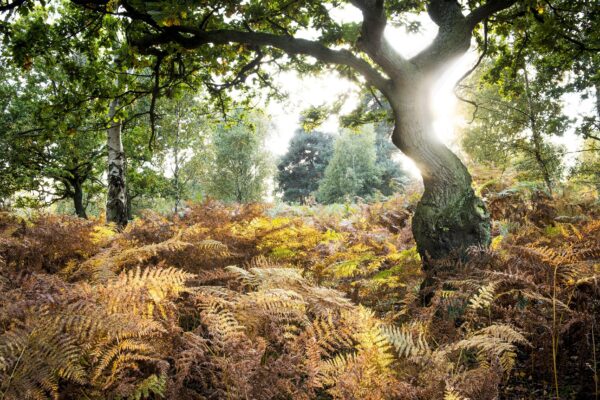 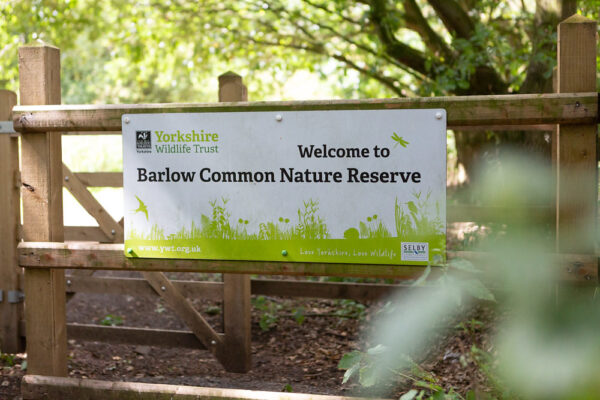